Dear world, MH 370 is a tragedy, not a definition of my country. 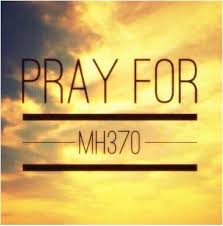 I have been forced to write this to defend my country and its people. Much has been said regarding my people’s lack of empathy in this incident. No country should claim monopoly on grief. We have all suffered and are still enduring.

To accuse my country of ‘lacking transparency’ and ‘withholding truth’ in handling this tragedy is interesting in many ways. More so when the accusation comes from a nation with abysmal human rights record and a highly secretive government. Would you share your military records and expertise if a plane from your nation bound to my country went missing with the exact mix of passengers? Are we entitled to label you ’slow’ and siege your nation with unethical scathing remarks and make public demonstrations in front of your embassy when your own fleet of ships and airplanes are unable to unravel even a string of truth? Do the terms ’murderer’ and ’liar’ sound palatable when your highly advanced satellites produce images of the debris in South China Sea, which are later acknowledged to be false by your own government? This clearly shows there are limits to even your own technology. As such, if you live in a glass house, please learn not to cast stones.

The possibility of the plane being hijacked brought forward a surge of response. One of which was to associate the hijackers to religious extremists. There is no such thing as religious extremism in my opinion. Extremism is a character flaw, not a flaw in the teachings of a religion. Confused people become extremist. I believe there is not a single page, in any holy book, of any religion in this world that promotes killing and slaughtering of its fellow-men. Men are evil. They are flawed. Don’t blame religion.

Were the World Wars started by the very religion you have taken to task for every attack around the globe? Did they kill millions in concentration camps? It’s fascinating when others commit the same sins or worse, they are labelled as ’crime against humanity’ but the term ’religious extremism’ is kept only for a select group of people.

There are those who have expressed their concern regarding the lack of decisiveness on our part. I apologize on behalf of my country for not moving fast enough because I believe we want all our facts in place before making a decision. It’s similar to invading a nation suspected of holding nuclear weapons only to find nothing there, if you get my drift.

Malaysians who have jumped on the bandwagon to criticize the handling of this issue, I find you shameless and disrespectful. Suddenly, everyone’s an expert. Even those who have never flown on a plane or thought ‘Boeing’ was a foreign language prior to this incident. This is the time for us to stand united regardless of our political differences. Don’t use this tragedy to gain political mileage. Have better vision and maturity than that. As Winston Churchill once said, “When there is no enemy within, the enemies outside cannot hurt you.”

I believe the Malaysian government along with the relevant authorities are doing everything within the confines of their power to bring closure to this tragedy. Please don’t make it impossible for them to do their job. We appreciate the help and support we have received from our friends in finding MH 370. As a national daily aptly said ’Countries whom we call friends must now do more to prove their friendship’.

I urge our nation to stand tall, unyielding and resilient. Show up for your nation as it needs you now. This is not a time for petty bickering. Put aside your differences and lend a hand. Or at least your voice.

I leave with a quote by Dalai Lama, “ “Our prime purpose in this life is to help others. And if you can’t help them, at least don’t hurt them.”

This entry was posted in MH 370. Bookmark the permalink.